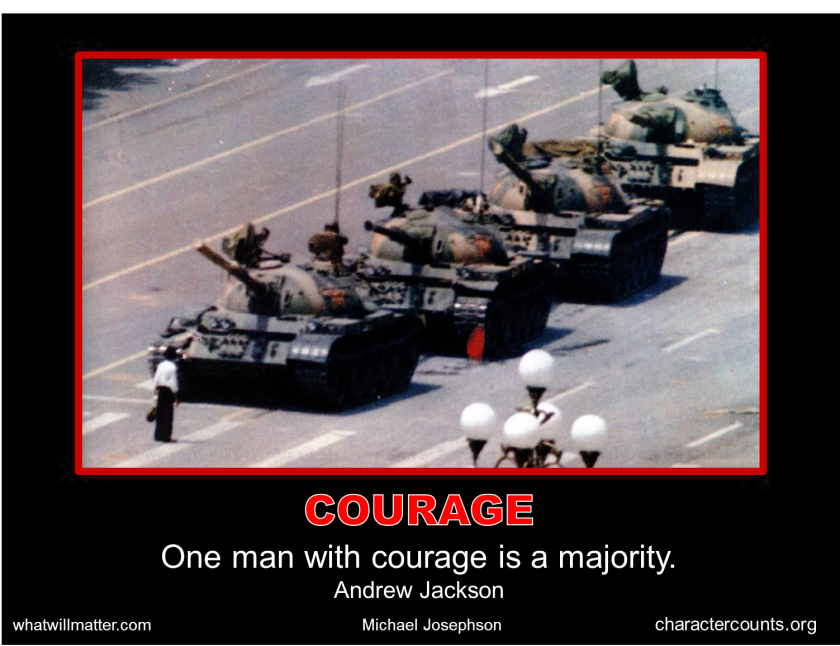 It amazes me, how the liberal media reports on things these days that seem to further the liberal agendas. The latest, NBA Basketball player Jason Collins who came out of the closet to proclaim that he is gay. First of all, do I care?  Do I need to know?  Do I need to know about every celebrity that is or has become gay? (There are too many to count by now.)

The liberal media calls him courageous for coming out. Really? What’s so courageous about it? The media, fellow athletes are mostly supporting him,  praising him,  which is fine by me, but to call coming out of the closet courageous goes too far for me.

I wonder if his girlfriend/fiancée Carolyn Moos for the past eight years, who had hopes of marriage, children and a future with him thinks that he is a courageous man. Oh sure, on the networks she commented him for being so honest and seems to be supported of him. I’ll bet you that inside, her heart is broken in two.

Jason Collins, another great role model for our children, who look up to people like him and other sports celebrities.

Even President Obama and the first Lady spoke about the courage and full heartily embraced the news about Collins coming out on the news and their social network sites. I thought the job of the President is to protect and govern this country rather than furthering the agenda of certain like minded people. Btw, still no real answers on Benghazi.

The liberal media just drools over this story, giving a voice to those who come on their shows to further their lifestyle and promote it as something good and to be proud of. At the same time, people with a different view or opinion on homosexuality are being mocked and ridiculed as bigots by the liberal media.

The liberals may all Jason Collins  a man of courage. For me courageous people are those who put the lives in harm’s way, like NFL player Pat Tilman who went to Afghanistan and lost his life doing so. The men and women of the Police and Fire departments come to mind,  who are putting their lives on the line when it come to facing danger. I remember the first responders on 9/11 who despite the danger went up the stairs of the Twin towers. That is true courage and those are the once that should be role models to all of us.

Recently we had many courageous people at the Boston Marathon. That to me is courage, people who despite the danger of loosing their own life came to the aid of those who were wounded and in imminent danger.

There were many courageous people throughout history, too many to list, so I name a few. Dietrich Bonhoeffer, Dr Martin Luther King, Mother Teresa, Nelson Mandela, Winston Churchill, Rosa Parks and many more. True people of courage.

Courage: That quality of mind which enables one to encounter danger and difficulties with firmness, or without fear, or fainting of heart; valor; boldness; resolution.

Today, we celebrate Dr. Martin Luther King Day. He was a great man of faith, a man with convictions and without compromise, believing in love, honor and respect.

I am writing this post to pay my respect and homage to him. Tomorrow will also be the inauguration for President Obama’s second term.

There will be a lot of references towards Dr.King Jr. and after seeing his niece Aveda King on TV talking about her uncle and criticizing the President and the Washington Establishment, I felt to write some thoughts of mine down about the hypocrisy of this current administration and politicians in general.

Pres. Obama is the most pro abortion President in history.

He is advocating gun control, because of the tragedy that happened in Newtown, Connecticut. Many young innocent children and adults got killed that day and people are mourning their senseless death. A truly sad day in America, but his proposals on gun control won’t change anything. Criminals do not abide by the law. They are law breakers by nature.

The President spoke much about Sandy Hook, Columbine and Colorado and other tragic events like the shooting in Ft Hood, which was deemed a workplace violence instead of what it really was a terrorist attack.

Yet, this President has no problems with millions of young innocent life’s killed since Roe vs Wade in 1973. He has changed position in his beliefs on abortions during the last campaign, ensuring votes from many of the female voters. Labeling it women’s rights.

Today, on Dr. Martin Luther King Day, we as a nation are celebrating the life and great achievements of this truly amazing leader.

Aveda King, the niece of MLK, spoke out against this hypocrisy on national TV. She said that many give lip service to Dr. King, but are doing the opposite of what he believed in and stood for.

Dr. King Jr.  did not believe in this wide scale abortion or same-sex marriage. Those, in my opinion are not civil rights issues.

There is much hypocrisy in Washington on both side of the aisle. Dr. Martin Luther King Jr. will be honored tomorrow and politicians will quote him, yet they are far from him.

Pres. Obama will use this day also to honor Dr. King, which is fine, but in all reality, I believe that MLK would not be pleased with the policies of this President, when it comes to the abortion issue or same-sex marriage. President Obama flipped flopped on many issues because of political reasons. He compromised for political gain.

Dr. King Jr. was real, he was a man of faith. He had convictions and he stuck to his convictions. He did not compromise on his beliefs and the word of God and what it teaches.

He would not be in agreement with the abortion of so many innocent children since 1973.