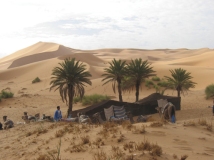 Christianity cannot be considered a philosophy as some have you believe. Christians believe and know that Jesus is the promised Messiah of the OT. He is the One that would come to be the Savior of the world through the shedding of His blood on the cross.

God made this promise way back in the Garden of Eden after Adam and Eve took of the forbidden fruit and sin entered the world. Sin brought forth spiritual death (separation from God). Satan the adversary tempted Eve by lying to her.  God had told them not to eat of a specific tree or else they would die. They chose not to obey God’s word and gave into the temptation of Satan.  He told Eve that they would not die if they ate of the fruit, contradicting God’s word.

What was that fruit? Nobody really knows, I ‘m sure it was not an apple. Because of this the fall occurred.  Did they die after eating the fruit? No, they did not die physically but they died spiritually. Satan did lie to them. Jesus said in the gospel of John: “He was a murderer from the beginning, and does not stand in the truth, because there is no truth in him. When he speaks a lie, he speaks from his own resources, for he is a liar and the father of it.” John 8:44.

There is no truth in Satan at all. He lied to Adam and Eve and he is lying to the world. He has deceived many over all those centuries and they died spiritually spending time separated from God for eternity. One of his biggest lie is that he does not exist and that God does not exist. Many haven fallen into that trap, including me for many years. They either don’t think much about God or flat-out deny Him. They serve Satan and don’t even know it. Bob Dylan once wrote in one of his songs, “you gotta serve someone”.

The unrepentant world serves Satan and his agenda, willingly or unwillingly. The disobedience of Adam and Eve which caused sin to enter in to the once perfect world resulted in them being cast out of the garden. Adam and Eve saw the consequences of their disobedience, when one of their son Cain murdering Abel. God had created everything perfect but Lucifer a high ranked Cherubim had a pride issue and rebelled against God  (Isaiah 14 and Ezekiel 28). By tempting Adam and Eve,  the first recorded murder took place and things got worse after that. Sin was in the world and Satan was then and is now the ruler of this world because Adam and Eve forfeited the earth over to Satan. In the beginning was light but now Satan brought in darkness. The Bible which Christians believe is God’s written word to mankind, and is really a book of redemption. From Genesis to Revelation the book outlines God’s redemptive work, the promised Savior   to mankind as promised shortly after the fall. “And I will put enmity between you and the woman, and between your seed and her Seed; He shall bruise your head, and you shall bruise His heel.” Genesis 3:15.

This is the first messianic prophecy found in the Bible.  The Bible is historically accurate and we have the creation account, the fall, the flood in the days of Noah and the multiplying of people and the origin of nations. The Bible tells us that Noah had three sons, Japheth, Ham and Shem. Japheth and Ham are the fathers of the African, Middle Eastern,  Northern  European and Asian nations. Through the line of Shem came Abraham, Moses,  King David and Jesus.  Jesus is the promised Messiah from back in Genesis. He came to the nation of Israel to reconcile them to God as promised. The OT speaks of the suffering Messiah in Isaiah 53. Jesus was that suffering servant who came and was despised and hated by own. He shed his blood on the cross for the remission of sins. The religious leadership rejected Him as the Messiah and because of that, God punished them by dispersing them throughout the world by the Romans in AD 70.

As foretold in the OT the gospel i.e. the good news,  would come to all the Gentile nations because of Israels rejection. The Gentiles were grafted into the olive tree. The early Church started in Jerusalem and later went out and it was in Antioch that they were first called Christians or Christ-like. From there the gospel went throughout the whole world. The gospel is really simple and it is as important today as it was yesterday and no other religion or philosophy can save us from our sins. Forgiveness and salvation is only through Jesus Christ and His redemptive and finished work on the cross. The cross was the fulfillment from Genesis. Here is the gospel message in a very simple and easy way to understand:

“For God so loved the world that He gave His only begotten Son, that whoever believes in Him should not perish but have everlasting life.” John 3:16.  What could be more simpler?  Jesus purchased back the title-deed to the earth that was forfeited by Adam. God paid a very high price for it, the blood of His Son.  Jesus was the the lamb of God who would take away the sin of the world. He was the unblemished passover lamb. The blood of the animals could only cover the sins of ancient Israel. The blood of Jesus the lamb takes away sins and God will not remember them anymore. They are forgotten as far as the east is from the west. Why is this “desert religion” still relevant 2000 years later? Because people are still sinners today and in need of forgiveness by God through His Son. The meaning of the word sin is simply “to miss the mark” and all of us have missed the mark. Many people say that they are “good people” and compassionate etc.  In the eyes of a Holy God however we all fall short of His glory. “All have sinned and fallen short of the glory of God” Romans 3:23.  Sin is death and God can not allow sin in His presence because He is Holy and just and cannot approve of sin. There is a punishment for sin: eternal separation from God i.e. Hell. The Bible teaches that we all will die once and then judgement.

“And as it is appointed for men to die once, but after this the judgment, so Christ was offered once to bear the sins of many. To those who eagerly wait for Him He will appear a second time, apart from sin, for salvation.” Hebrews 9:27, 28

A believer in Jesus as their Lord and Savior will not be judged as the unbelievers and those who reject Jesus and God’s plan of salvation. No religion or philosophy, good behavior and good deeds will get a person into heaven and eternal life. There is only one way and Jesus said so Himself:

Personally I think that this “desert religion” is very relevant today. Considering that there will be a judgment of God and realizing that all have sinned and fallen short of the glory of God. No one can stand before God and defend themselves on that day. The punishment for sin is eternal separation from God which is also called the lake a fire where the fire is never quenched. I am not sure how exactly that looks like, but I’m sure I don’t want to be there. Thanks to God because of His love and mercy towards us, He has provided a way for us to be reconciled to Him.  Jesus Christ the righteous and by believing in Him by faith, His righteousness is imputed onto every believer. It is His righteousness God the Father looks at, not our righteousness which does not exist. All sins past,  present and future are forgiven and there will be no eternal judgment but eternal life with Him. That’s the good news and I hope that you have thought of your life and where you will be spending eternity. Jesus is real and He is alive and He will come again to take the believers home. The Bible says today is the day of your salvation. Tomorrow may never come. Should you die tomorrow, do you know where you will be going?

Jesus can give you that assurance by receiving Him as your Lord and Savior. He can forgive you of all your sins and you will be a new creation in Him. Don’t just believe me, read the Bible. Start with the gospel of John and learn about Jesus who He is and how you can know Him personally. Learn about Him, seek Him with all your heart and you will find Him.  May the Lord Jesus Christ reveal His love to you.