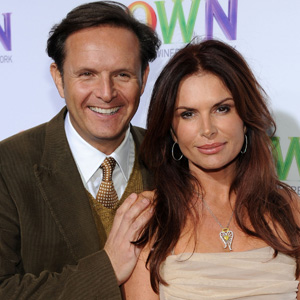 Are you excited about what many call the “Epic Christian Movie” Son of God?

A lot of professing Christians are flocking to the theaters to watch this movie, produced by Mark Burnett and his wife Roma Downey.  Social Media, Magazines and the Web are filled with either articles or reviews about the film. Many Christian leaders hail this movie and many churches have jumped onto the bandwagon. If you are planning on watching this movie, or already have, I would urge you to view the movie with great discernment.

I’m not writing this to judge or condemn anybody who watches this movie. I just have some concerns about the movie and the producers Mark Burnett and Roma Downey. I have done some research after reading several articles about this couple, who claim to be Christians, but are in reality, full fletched “New Agers”

Roma Downey, a devout Roman Catholic, along with her husband, were heavily influenced in new age spirituality. Downey graduated from the University of Santa Monica, a private graduate school founded by New Age spiritual and self-help guru John-Roger.

Roma went even further into her new age Catholic spirituality by teaming up with acclaimed psychic John Edwards and co-produced a CD for children to be used for meditation and enlightenment, while Edwards introduced the teachings of contacting the dead (necromancy).

Even further in regards to Ms. Downey’s position regarding spiritualism and her Catholic religion, Roma advocates the eastern mysticism teachings of Eckhart Tolle, another spiritual giant in the field of new age teachings, not to mention the connections Tolle has with Oprah Winfrey.

It’s fascinating to see such a connection that someone has to the world of the occult and then try to present a so-called gospel message. Yet that’s exactly what Roma Downey and her husband are indeed doing, presenting another gospel, another Jesus. Roma has consistently stated in past and current interviews that she is on a spiritual journey, not that she’s been “born again”, but that she regularly seeks a greater understanding of the world and the universe thru different means, namely spiritualism through higher intellectualism called spiritual psychology, where the mind connects to the energies surrounding the individual to gain a higher understanding of themselves and the world they live in. This is occultism 101.
The above statements are just some excerpts, from articles found on the web. You can Google it for yourself. As I stated before, I’m just posting this so people use their God-given discernment, before watching the movie.
As in so many movies about the Bible or Jesus, produced by Hollywood, I came away disappointed because much of the biblical truth was twisted.

The Son Of God is no difference. Burnett and Downey already compromised by cutting out the scene with the Devil as seen in the production, “The Bible” on History Channel, because they didn’t want to offend anybody. People thought that the actor who portrayed Satan, looked too much like President Obama. In an interview, I heard Roma Downey say, “we don’t need Satan anyway, he spoils the story.  She rather focuses on Jesus.”  You can’t have the true gospel without the adversary against Christ and His church.

One other thing that stood out about the Jesus of this movie is that he tells His disciple “To change the World.”  That is not found in the Bible. Jesus did not come to change the world, He came to save the world.  I talked to quite a few people after the History Channel aired the mini series, The Bible. Everybody said, that some things were twisted and not biblical, but hey, other than that, a great movie. Another thing that stood out was, that some magazines call the Jesus of this movie, “sexy Jesus.” I think that is mockery and typical for Hollywood.

“Don’t you know, that a little leaven, leavens the whole lump?”
Well, enough said. Please judge for yourself, if watching the movie is edifying, or brings you closer to the Lord. I believe that this movie presents a different Jesus and a different gospel. Compromised and watered down,  not to offend anybody. Even-though the word of God is offensive, to those who refuse to believe and perish. The truth will set one free, not a watered down gospel, i.e. a compromised truth.

Here is a link that I have used to bring up some points. I didn’t plan on writing a long article, just to make people aware at least, in the hopes that people would check for themselves before seeing the movie and promote it in the church. Personally, I don’t like biblical stories produced in Hollywood. I don’t like to have an image of Jesus in my mind. Especially, not the “Surfer Dude” Jesus portrait in the Son of God movie.

Here is a recent movie review by Answers in Genesis: http://www.answersingenesis.org/articles/2014/03/10/review-son-of-god?utm_source=aigsocial03102014sonofgod&utm_medium=social&utm_campaign=facebooktwittergooglelinkedin
http://davemosher.wordpress.com/2012/02/14/touched-by-an-angel-roma-downeys-new-age-ish-little-angels-series-for-preschoolers-claims-to-be-christian/

The Dude With A Blog