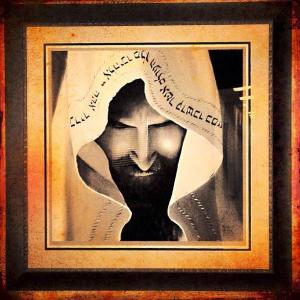 Here is something that amazes me every time. I posted a statement that Jesus made in the Gospel of John on my Twitter.

I quoted John 14:6 which is in case you may not know right off-hand is, “I am the way, the truth and the life, no one shall come to the Father but by me.”

As soon as I posted it, it was not Christians that responded, but Atheist. They were all over me, calling me a liar and other things.

When I posted it, I didn’t even have atheism on my mind. I posted it as an encouragement and as biblical truth.

The Atheist came out of the wood works ready to attack.

I engaged with them for a little while and was amazed as always with their talking points.

Makes one wonder what it is about Jesus and Christianity that sets them off. Another funny thing is that Atheist spend a whole lot of time arguing with people about something they believe does not exist. Books have been written, seminars and debates are held worldwide for something they do not believe in.

I believe that deep in their hearts, there is a stirring going on. A spiritual warfare. They already belong to the evil one without even realizing it.

It’s sad really, to deny God’s existence which they have no proof of. This denial of God and His existence is by faith and I don’t have enough faith to be an Atheist.

Please pray for them, they are too blind to see or refuse to see. They refuse to come to the light which is Jesus.  Jesus Himself said so: “And this is the condemnation, that the light has come into the world, and men loved darkness rather than light, because their deeds were evil.” John 3 :19.

Jesus is the only way, not a way as many want to believe and teach. Even among Christians and some denominations, this statement of Jesus is being disputed. It’s a movement called “Religious Pluralism” Our God is not a Burger King, we can’t have it our way. God has provided us with only one way to be reconciled with Him and that is through Christ Jesus and His precious blood.

The Dude With A Blog